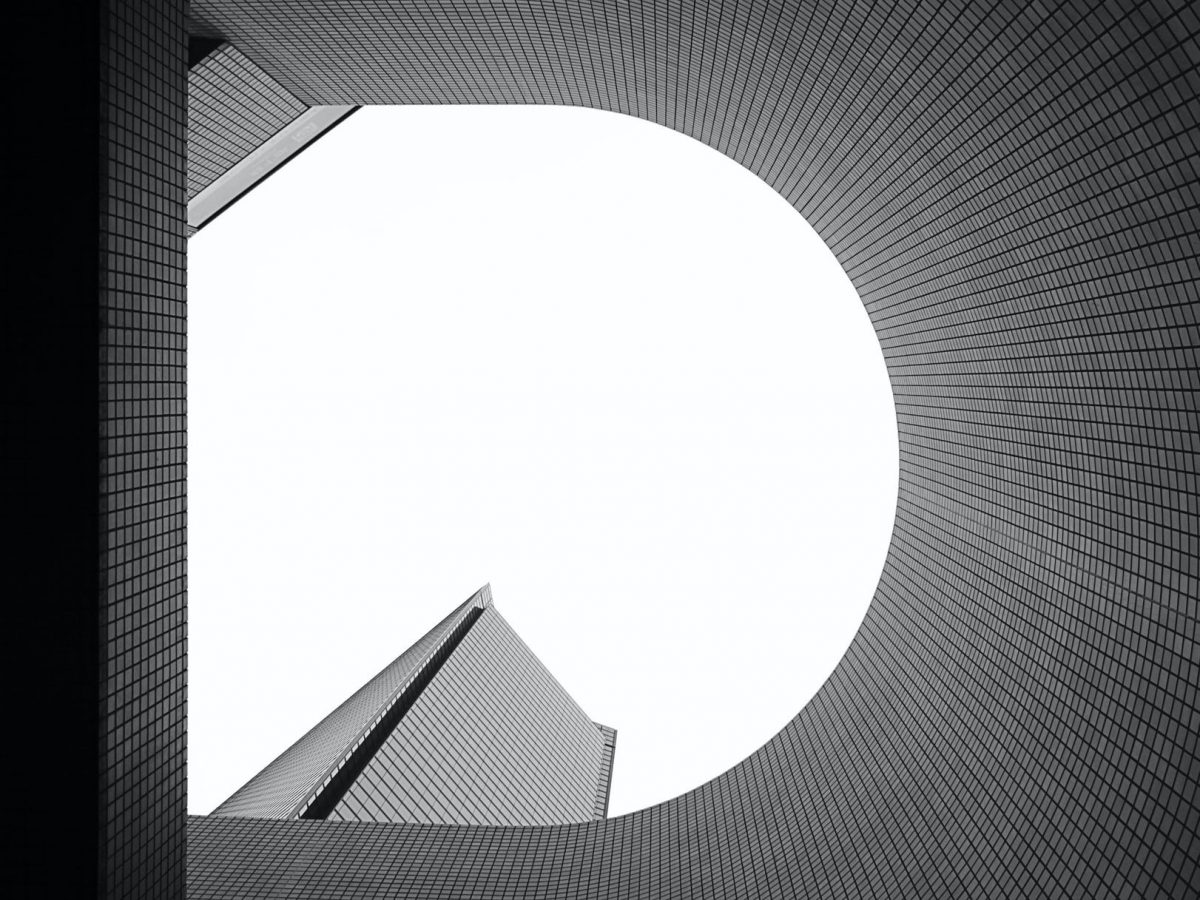 When describing the diffusion coefficient of a material, it is important to precisely indicate the type of the diffusion coefficient (or, in short, diffusivity). Any lecture or textbook covering diffusion will most likely have at least some discussion about tracer diffusivities. But if you are not careful about the subtle nuances, you can easily confuse between different types that may differ by orders of magnitude. Unfortunately, diffusivity numbers in the literature are often reported without accurately specifying the type, so it is up to the readers to understand exactly what those numbers represent. Let’s take a closer look at this problem and not be confused again!

Tracer diffusivity is the diffusion coefficient of an isotope in the host, and most closely resembles the case in which Fick’s law is derived. Take an oxide crystal

ions, as an example. If we take the crystal into an oxygen chamber containing

isotopes, the isotopes will start to exchange with the surface oxygen in the crystal (most of which is

), and they will diffuse into the crystal interior. By measuring the depth profile of the isotopes, one can extract the diffusivity of

Tracer diffusion is driven by configurational entropy, without involving stoichiometry changes or external fields, so it closely resembles the description of Fick’s law. Why would one be interested in tracer diffusivity? One reason is that it’s a proxy for the self-diffusivity of

Self-diffusivity is the diffusion coefficient of a component of the host, and it is related to the ionic conduction of that component. The component can either be the regular or nominal ionic species consisting of the host (e.g. regular

ions) or a defect species responsible for the transport of that regular species (e.g. oxygen interstitials or vacancies). Both are illustrated in Figure 1. When the term self-diffusivity is used without specifying, it usually refers to the regular components. It is extremely important to distinguish between these two different self-diffusivities since their values can differ by many orders and their activation energies represent different physical phenomena.

Since self-diffusion is the exchange between its own species, it is not driven by concentration gradients. Then how is the diffusivity defined when Fick’s first law is not applicable? In another post, we examined how Fick’s law defines diffusivity but that the general diffusion equation of a single species (denoted with subscript

) is in the following form:

is the charge number of the species,

is the Faraday constant, and

is the electrical potential.

is the gas constant, and

is temperature. According to this equation, we can drive particle flux with an electrical field instead of a concentration gradient, which is nothing but an ionic conductivity measurement! For example, self-diffusivity of

, meaning that it can be evaluated by measuring

at a fixed temperature.

Conductivity and self-diffusivity are equivalent descriptions. We can write

is the ionic conductivity of species

. The comparison between Eqs. (1) and (2) gives the relation between

which is the Nernst-Einstein relation. It is seen that measuring

is equivalent to measuring

, which is why self-diffusivity may be referred to as conductivity-derived diffusivity.

Defect diffusivity is the self-diffusivity of a particular defect. Because lattices are filled with regular species as shown in Figure 1, the transport of nominal species such as regular

ions requires defects. Let’s assume that the transport is enabled by oxygen interstitials, which we denote as

. But recall that concentration is required to convert conductivity into self-diffusivity using the Nernst-Einstein relation, Eq. (3). Therefore, the identity

is the fraction of defects, typically much smaller than 1. If we assume that 0.1% of the

ions are interstitials, then

would be 1000 times smaller than the defect diffusivity

ions) or an actual concentration of mobile species (the

) is compensated by the self-diffusivity value, which is why the two diffusivity numbers differ dramatically.

Why would one be interested in defect diffusivity? It is because it represents the actual transport mechanism. For example, if one were to obtain the activation energy of both

). Besides, for the important chemical diffusion process (which we will cover below), the relevant diffusivity information is that of the defects. Unfortunately, it is not always known what the dominant mobile defect is, and measuring the defect concentration could also be challenging.

Based on the explanation so far, it might be tempting to declare that tracer diffusivity

(of a regular species

), and I’ve indeed seen this statement in a few places. However, the two are generally different by a factor defined as the Haven ratio

is on the order of 0.1, and sometimes is close to

, it could be hard to distinguish experimentally. Perhaps that is the reason why it is sometimes dismissed.

Many mechanisms are lumped into

, but the most important one is the correlation factor (you can approximately replace

with the correlation factor for the discussion here). This factor accounts for any correlation between subsequent jumps such as having a higher probability for a backward jump right after a forward jump. The correlation factor is bound between 0 and 1, and 1 means that each jump is independent. For defects like vacancies or interstitials, which are typically dilute relative to the total sites, the environment seen from the defect will be, most of the time, identical before and after the jump. Thus, for self-diffusion, which is mechanistically the diffusion of the mobile defect itself, jump correlation effects are typically minimal. However, tracer isotopes could be different, depending on how its diffusion is mediated by defects. When the mobile defect is a vacancy and the tracer isotope makes a jump to a vacancy site, then the tracer isotope has a higher probability going backward because that is where the vacancy is. In this case, the correlation factor will be less than 1 (for a diamond crystal structure it is 0.5). If the mobile defect is an interstitial, then the tracer isotope mobilizes by becoming an interstitial itself, to which there would be minimal correlation effects.

For example, in Li-ion batteries, Li species are stored in a host material, and the insertion and extraction of Li require chemical diffusion. This process is illustrated in Figure 2: the net change is the diffusion of neutral species Li, but microscopically, a pair of positive and negative components (a

pair) must diffuse. Because of the requirement of local charge neutrality (or, more generally, conservation of local charge density), the particle fluxes of these two species cannot change independently.

Rather than going through detailed derivations here (which I will post someday), let’s gain some understanding by examining the final equations. When there is no net current (additional requirements are needed with non-zero net current), the particle flux of the neutral species M is:

is the chemical diffusion coefficient, conventionally denoted with a tilde accent. Notice the similarity to Fick’s first law. However, here

describes the combined property of more than one species, so one should be cautious to not erroneously mix-match different types of diffusivities.

Let’s consider a generic case where

. In this case, chemical diffusivity can be expressed as:

is conductivity, and the subscript denotes ionic and electronic species. Chemical potential of the neutral species is defined as

in Eq. (8) is responsible for the the so-called “enhancement effect”. This factor accounts for the discrepancy where the real driving force for diffusion is

(explained here) whereas the actual change of interest is

. If a given change in

results in a larger change in

, then the actual driving force is much bigger and it would appear as if a given

in Eq. (8) is the total conductivity for connecting two conductors with

in series. Note that the factor has a value smaller than whichever conductivity is lower between the two. Therefore, chemical diffusion could be rate-limited by either the positive or negative species. Why does the conduction of the two species act as a series process rather than a parallel one? It is because of the charge neutrality requirement. For example, even if electron conduction is fast, the neutral species transport cannot happen until the ionic part catches up and maintains charge neutrality. Therefore, any statement about chemical diffusivity not considering at least two species is inherently incorrect.

Because of the series-process nature of chemical diffusion, it might be tempting to conclude that, if one process is rate-limiting then the counter species for ambipolar diffusion has no impact. However, this suspicion is not necessarily true because of the enhancement factor. From

, we can decompose the enhancement factor into contributions from each species:

. If we account for non-ideal behavior with a thermodynamic factor

It is seen that even a less conducting species could possibly have a big contribution in the enhancement factor because the terms of each species are added, and they involve inverse concentration rather than conductivity or diffusivity. To see the combinations of contributions more clearly, we can plug in Eq. (10) into Eq. (8) and also convert conductivities into diffusivities using the Nernst-Einstein equation (when using Eq. (3), note that

). Then chemical diffusivity simplifies to:

. It is seen that, even for electron-conducting (ion-limiting) materials (i.e.

overwhelms the difference in transference number.

Some authors refer to the quantities

in Eq. (11) also as chemical diffusivity, which is an unfortunate source of confusion. In this case, one should distinguish the two types of “chemical diffusivity” by finding whether it is describing a charged species or a neutral species.

Which type of diffusivity matters for chemical diffusion?

? From intuition, one could suspect that it is the defect diffusivity (self-diffusivity of defects) since they describe the actual species that are mobile (as in the right column of Figure 2). If we try to check out this guess from the discussion in the previous section, you will notice that we did not specify any defects. We discussed everything with regular components, so does that mean the relevant diffusivity number is the self-diffusivity of regular components? The answer is no, and the intuition was correct. But this point is not trivial to understand until you breakdown the phenomenological parameters with defect model cases. This difficulty is perhaps why so many literature reports erroneously use self-diffusivity or tracer diffusivity to estimate chemical diffusivity. Fortunately, if you followed the discussion up to here, the hard work is now about to pay off.

The secret is hidden in the thermodynamic factor

in Eq. (11). If you plug in self-diffusivity numbers of regular components into Eq. (11), then the corresponding thermodynamic factors will turn out to be enormously large. By contrast, if defect diffusivity numbers are plugged in,

(for dilute defect concentrations). The difference in

corresponds to the fraction of defects

For those interested, here is how the math works out. Let’s say the regular component is

and the dominant mobile defect is an interstitial

. The thermodynamic factors are:

factors are identical because they represent the same physical quantity. However,

where the second equality is from Eq. (5).

under no temperature or compositional gradients. Taking oxygen as an example, since

, the condition of no compositional gradient (

The general expression for this ionic conductivity equation is Eq. (2).