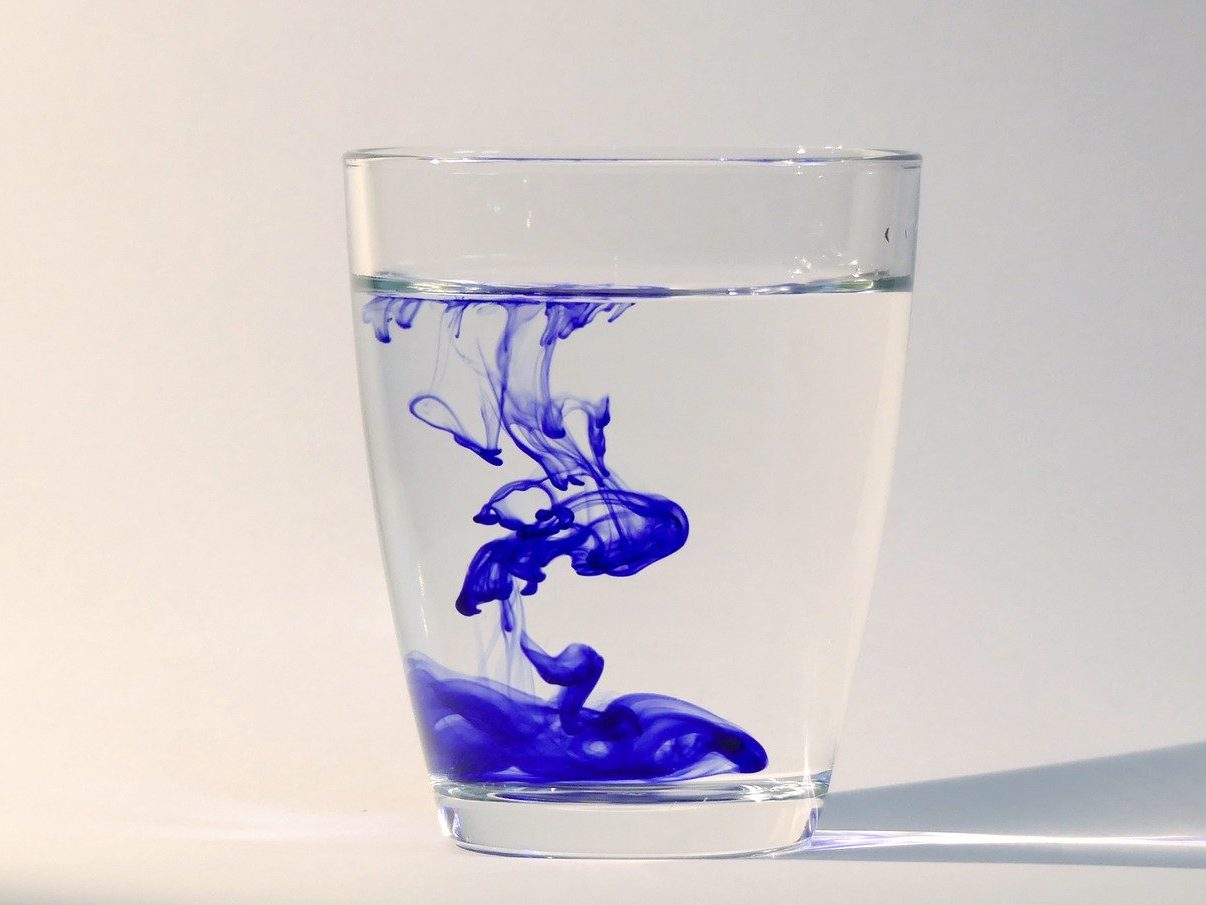 Diffusion is one of the most emphasized topics in the materials science curricula. Usually, Fick’s first law serves as a sort of a master equation for diffusion:

is the flux of some mobile species of interest,

is the diffusion coefficient (or diffusivity), and

is the concentration of the species. Textbooks typically teach how to solve it under various conditions, how to apply it the real world, and so on. However, it is often not discussed exactly where it comes from, or why it’s justified, or that it is not actually a “law.” By filling this gap, many confusing aspects of diffusion should become clear. Here, we go back to the general thermodynamic driving force to derive the diffusion equation. Then, it shall become much easier to understand the various diffusion equations encountered in the literature.
Contents hide
1. Generalized flux and driving force
2. Derivation of Fick’s first law
3. Diffusivity from Fick’s law adopted to general equations
4. Recap

Turns out, there is a certain near-equilibrium way for a system to reach the equilibrium state (state of maximum entropy), which is by increasing entropy in a certain gradual manner (detailed discussion in this post). This near-equilibrium pathway is equivalent to when a flux of particles is linearly proportional to the driving force that is causing the flux. How do we know if something qualifies as a driving force and corresponding flux? You can multiply the two and see if it equals to how fast entropy is produced. Let’s give it a try.

The mass transport we are interested is specified by particle flux

[J/mol] is the chemical potential of the mobile species, and T [K] is temperature (here, it doesn’t matter whether we define the driving force as

). If we multiply the units of

In the near-equilibrium regime, transport is linear to the driving force:

is a coefficient describing the proportionality, and we can see that it describes how much flux is induced by

. It’s a phenomenological coefficient in the sense that only the proportionality is dictated, not any physical mechanism. Because it is phenomenological, from thermodynamics itself we have no clue how

. For instance, one could replace

with a different coefficient, say

, without changing the meaning of the equation.

Now by comparing Eqs. (3) and (1), we notice that Fick’s first law is equivalent to saying that

is the cause of

. The easiest example corresponding to this situation is when the mobile species of interest is some dilute neutral species (e.g. isotope tracer) that follows ideal-solution behavior inside a host lattice. In this special case, configurational entropy determines the chemical potential such as

is the mole fraction of the species,

is the maximum number of sites,

of some reference state, and

is the gas constant. By taking a spatial derivative, we get

for an ideal solution. By substituting this equation into Eq. (3), we find the Fick’s law! Recall that

is just a phenomenological coefficient. Therefore, we could simply redefine the coefficient such as

Now that you have seen how Fick’s first law is for such a special case, you might wonder how we should treat more general cases. Since Fick’s first law became so famous, it effectively turned into the equation that defines diffusivity. In other words, for non-dilute or non-ideal cases, we still use Eq. (1) as a “reference” equation to define

. Recall that the actual general equation is Eq. (3), and that Fick’s first law provided us the relation

. We can thus rewrite the general equation, adopting

as defined by Fick’s first law:

Because this equation is general, we can use it to either correct

or define new types of diffusivities.

Let’s say Eq. (4) is modified by a thermodynamic factor

to correct for non-ideal behavior:

Then, substituting into the general Eq. (5) yields

. One could either say

is a correction factor for diffusion, or define a new type of diffusivity

. When the mobile species of interest is an isotopic tracer,

as chemical diffusivity. To correctly understand these types of diffusivities, we need to look closer into the exact description of the mobile species. Also, chemical diffusion involves the diffusion of more than one species, requiring more than the single species description given here. These are discussed in another post (“Types of Diffusivities”).

. Fick’s first law is a special case when

originates from configurational entropy in the dilute limit (the

, which is then used to describe more general situations.

Why conventional GITT fails; how to fix it